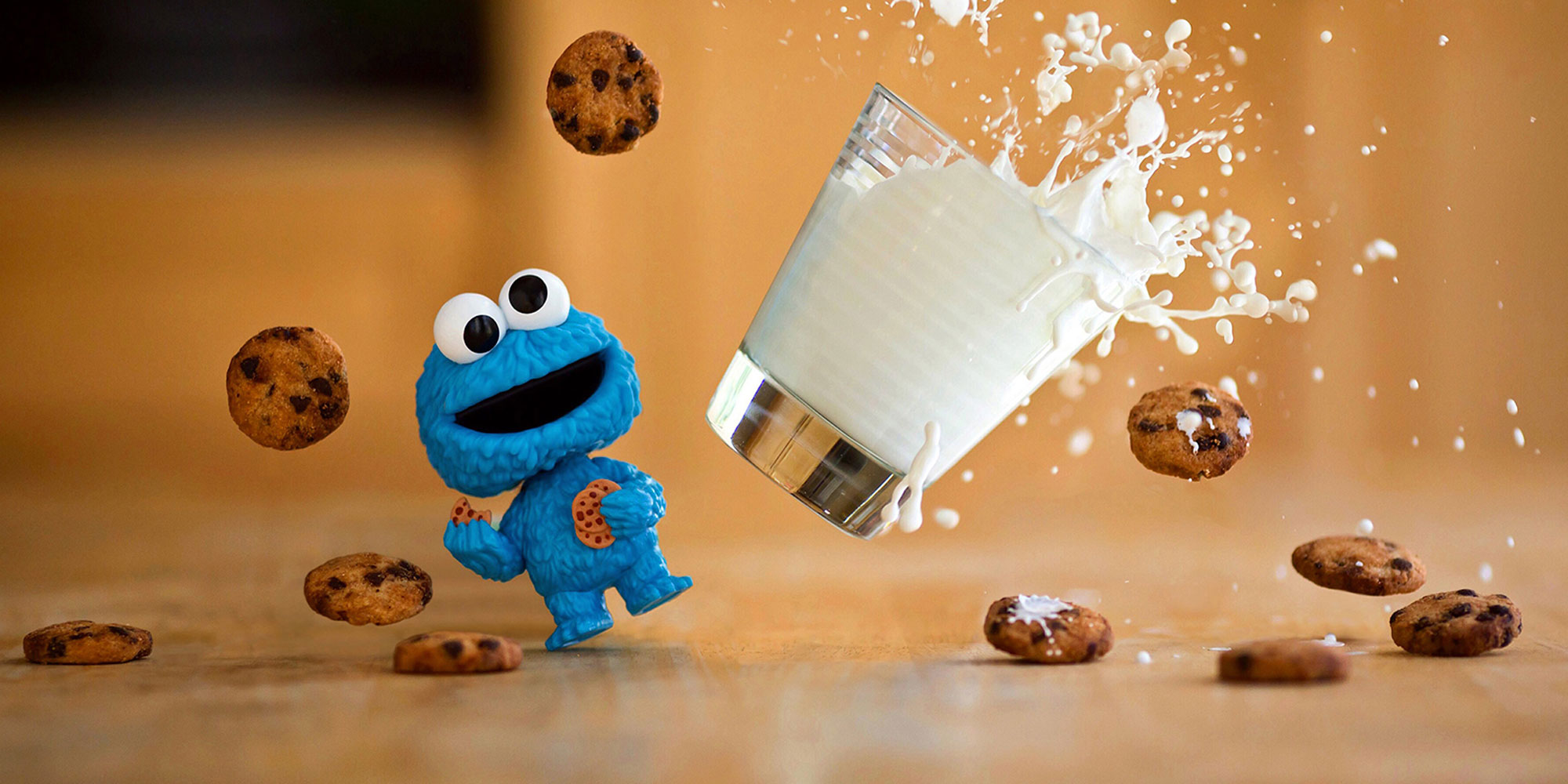 As we polished off the last of our Valentine’s Day chocolates, the office staff here at Lowepro headquarters began to ponder the concept of indulgence.  Then we thought, “What better way to explore this extravagant notion than through the lenses of our Lowepro Storytellers?”  We sent out their mission and received some beautiful images in return.  So, go ahead, indulge and enjoy! 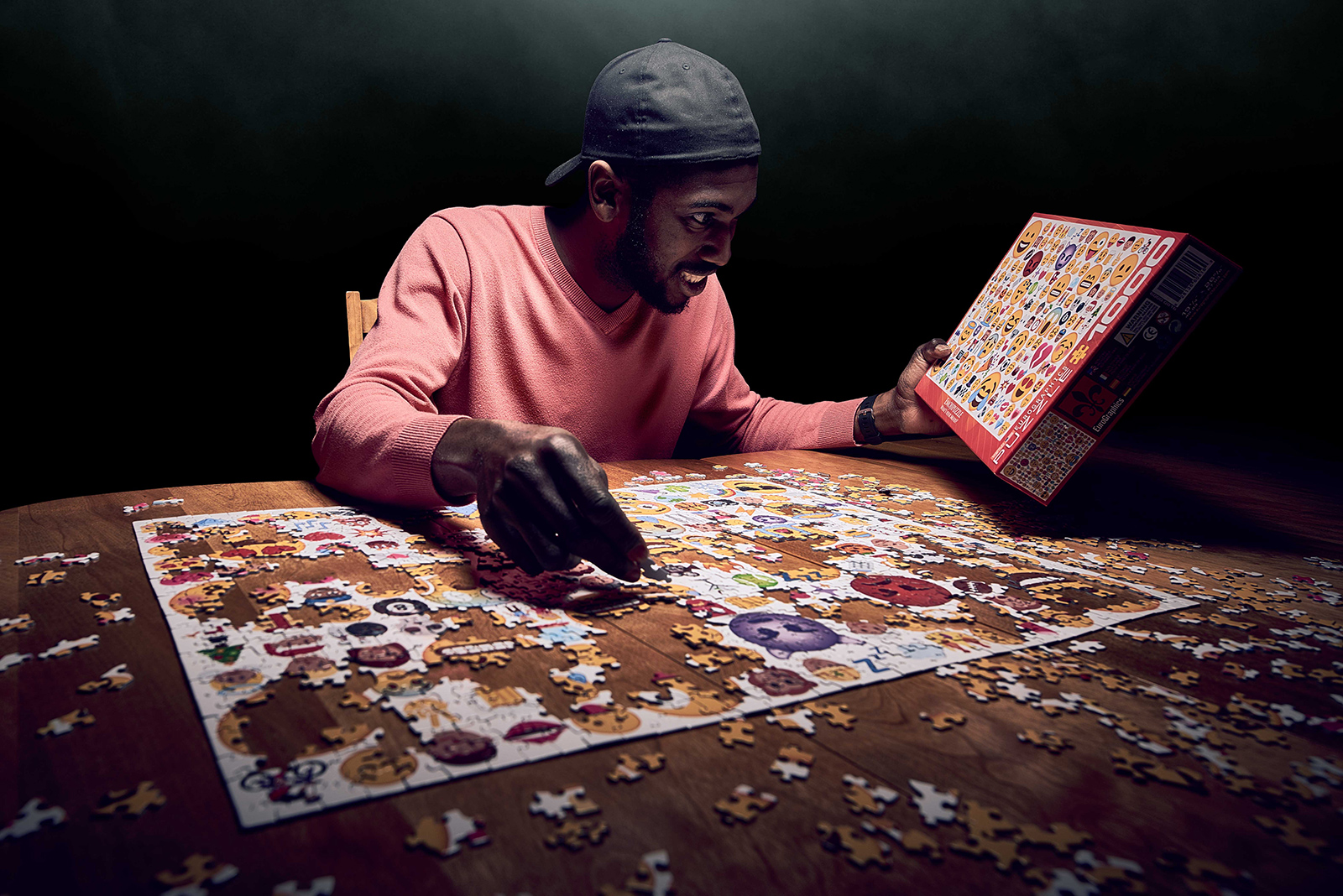 “To me, indulgence is about going all in on something and following through with it until the very end. I think nothing demonstrates that better than a 1000 piece puzzle. Once you start most, people can never get enough and aren’t satisfied until it’s done. They’ll burn the midnight oil if they have to. Also, there’s a bit of irony here in the fact that it’s a puzzle of social media emojis – because who doesn’t indulge in social media?!” “This month’s indulgent installment of Storyteller Missions harkens back to one of the more relaxing weeks of my life. I was in the Philippines in the town of La Union, a seaside surf community and haven for a broad cross section of local and international travellers.  The 7-hour trip north from Manila is super easy aboard one of the luxury, air-conditioned buses of Partas or Genesis bus companies out of Cubao.  If you’re ever there and need help to get the kinks out, be sure to ask for Big Mama at the front desk of the Urbiz Garden Bed & Breakfast.  Tell them Craig sent you.” 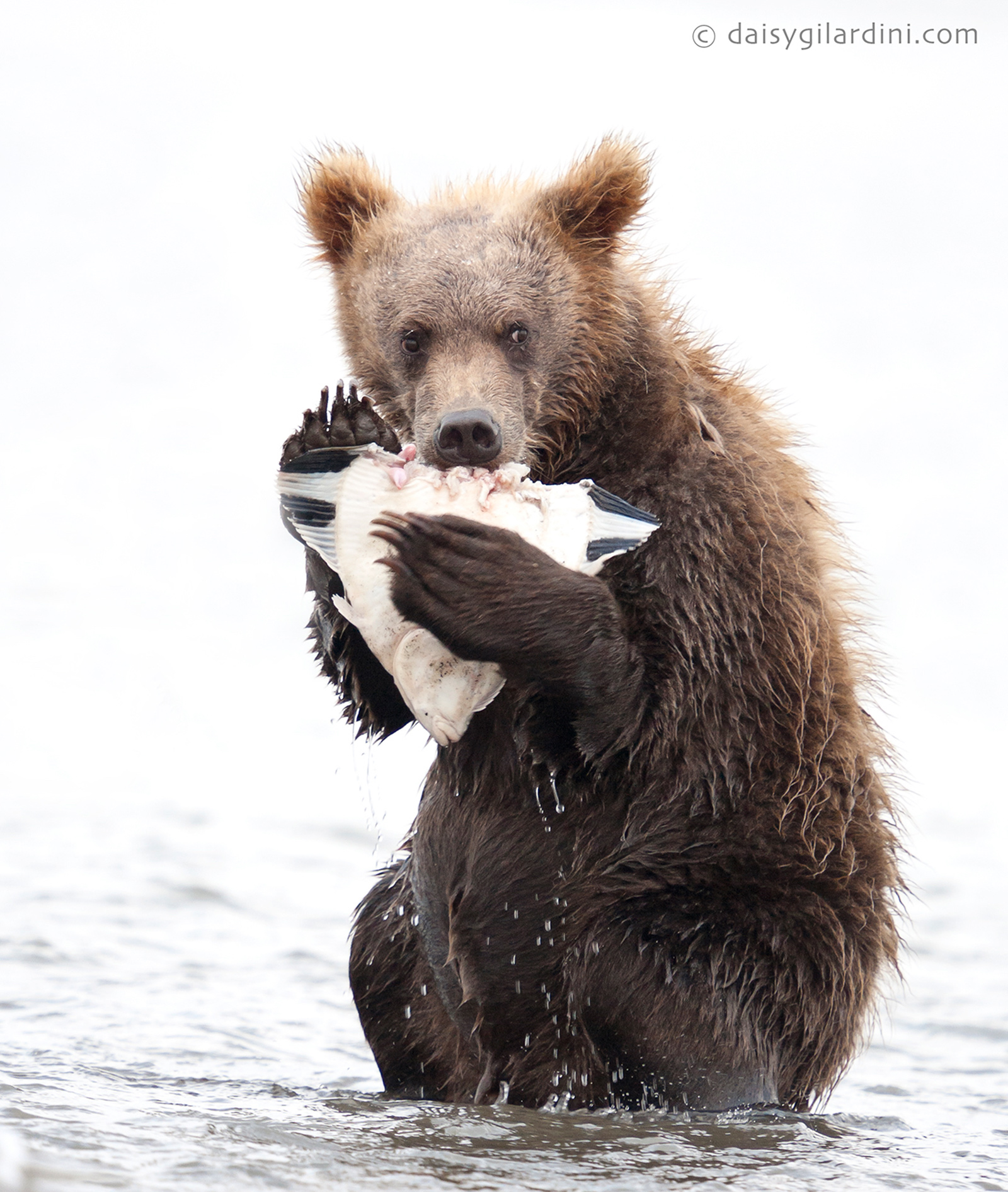 “During the salmon run bears literally indulge in eating fish! This well fed grizzly bear cub is chewing on a flounder left behind by mama bear.” “Indulgence for some appears as a necessity for others. For those whose lives revolve around powder, I think they’d call it a necessity. In this relative reality we feed on indulgence, but this could just be a perspective. If there is no indulgence there is no necessity. Maybe we should just go snowboarding. :)” 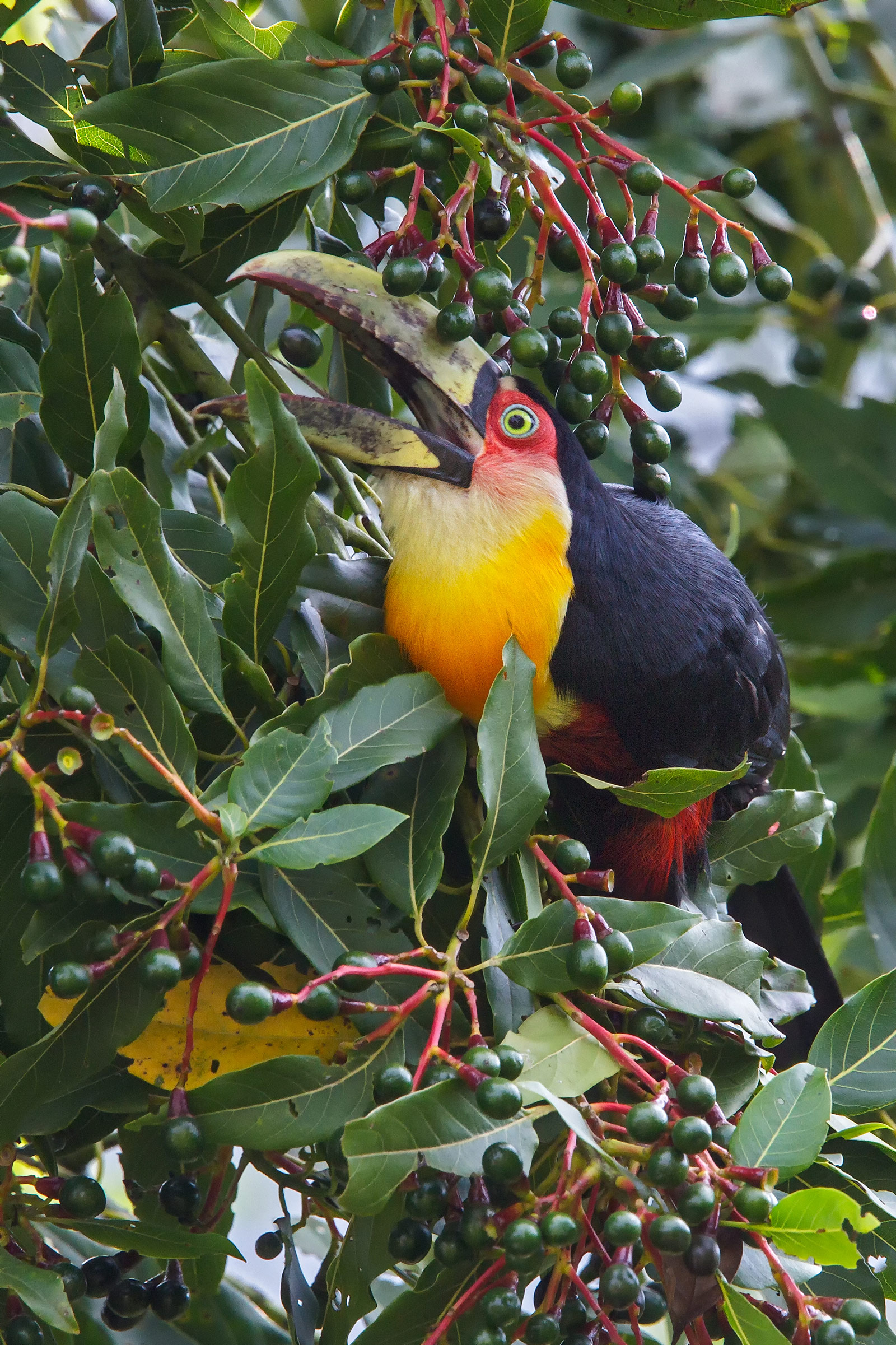 “A Red-breasted Toucan pigs out on a fruiting tree in Brazil’s Atlantic Rainforest.” 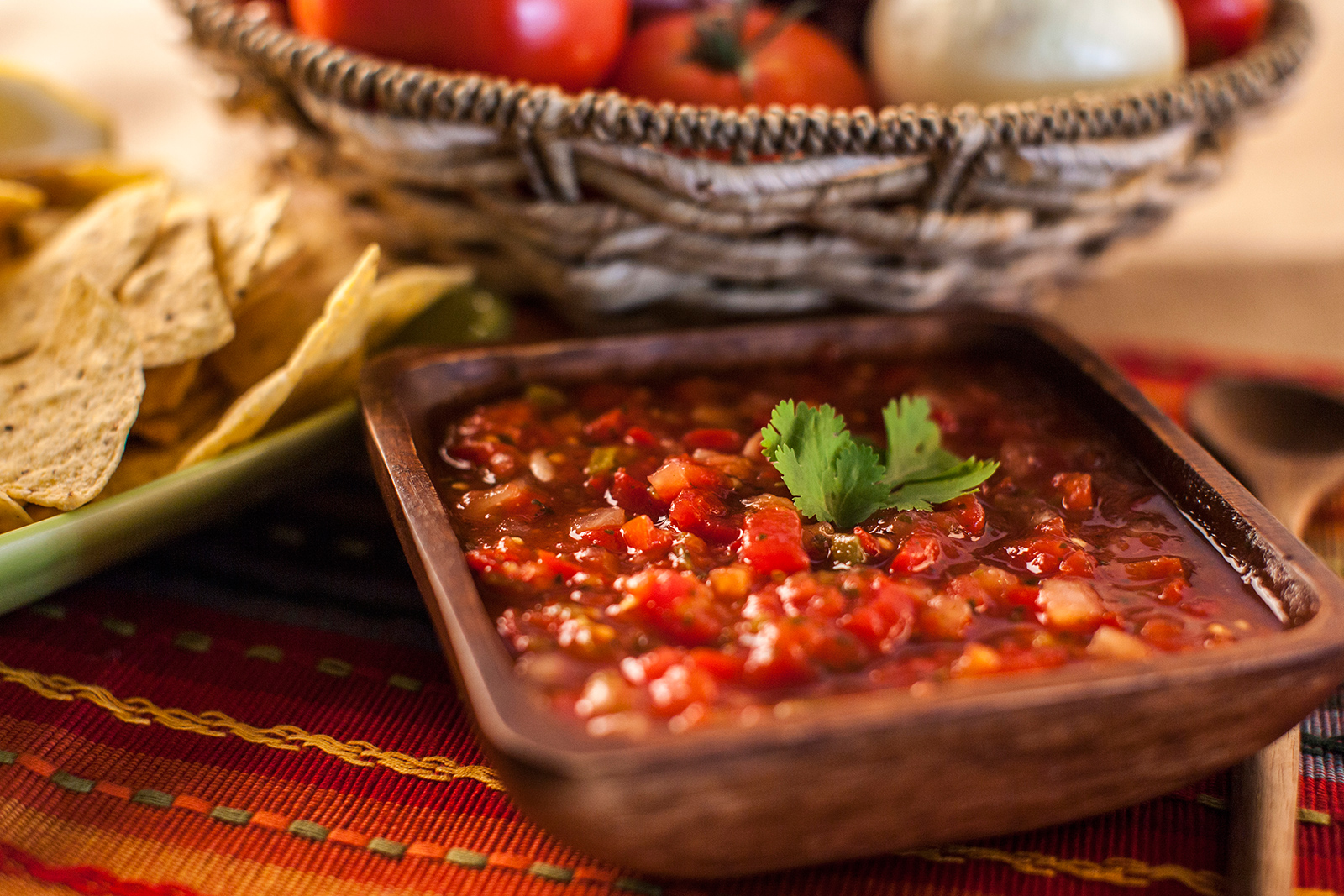 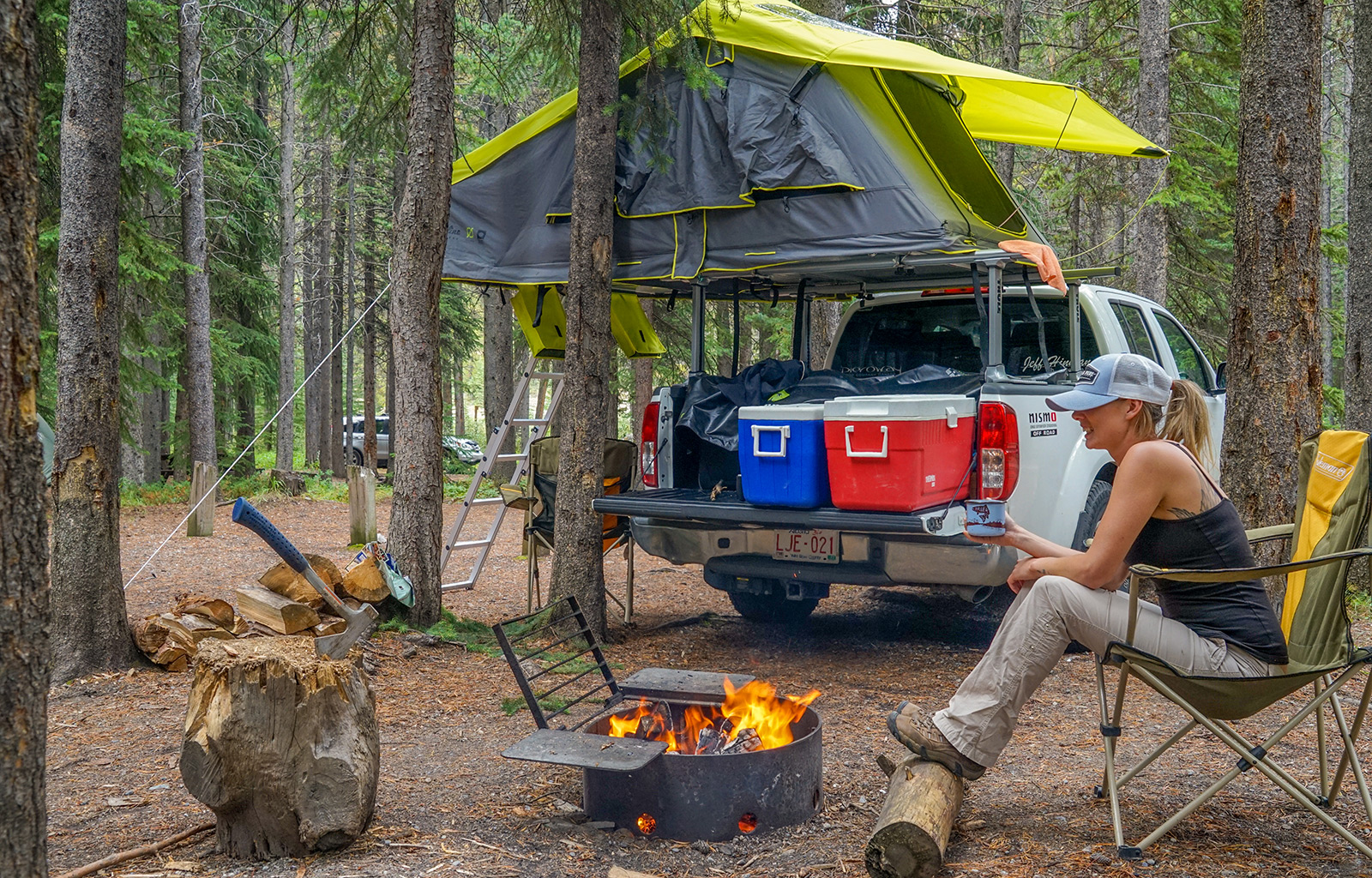 “To me, the word indulgence means being engulfed in something you love.  Camping is what I love, being surrounded by towering pines, or tucked away on a hillside. Waking up to the fresh mountain air. Watching the sun creeping through the trees, slowly exposing the world. Sipping that morning coffee, taking it all in.” 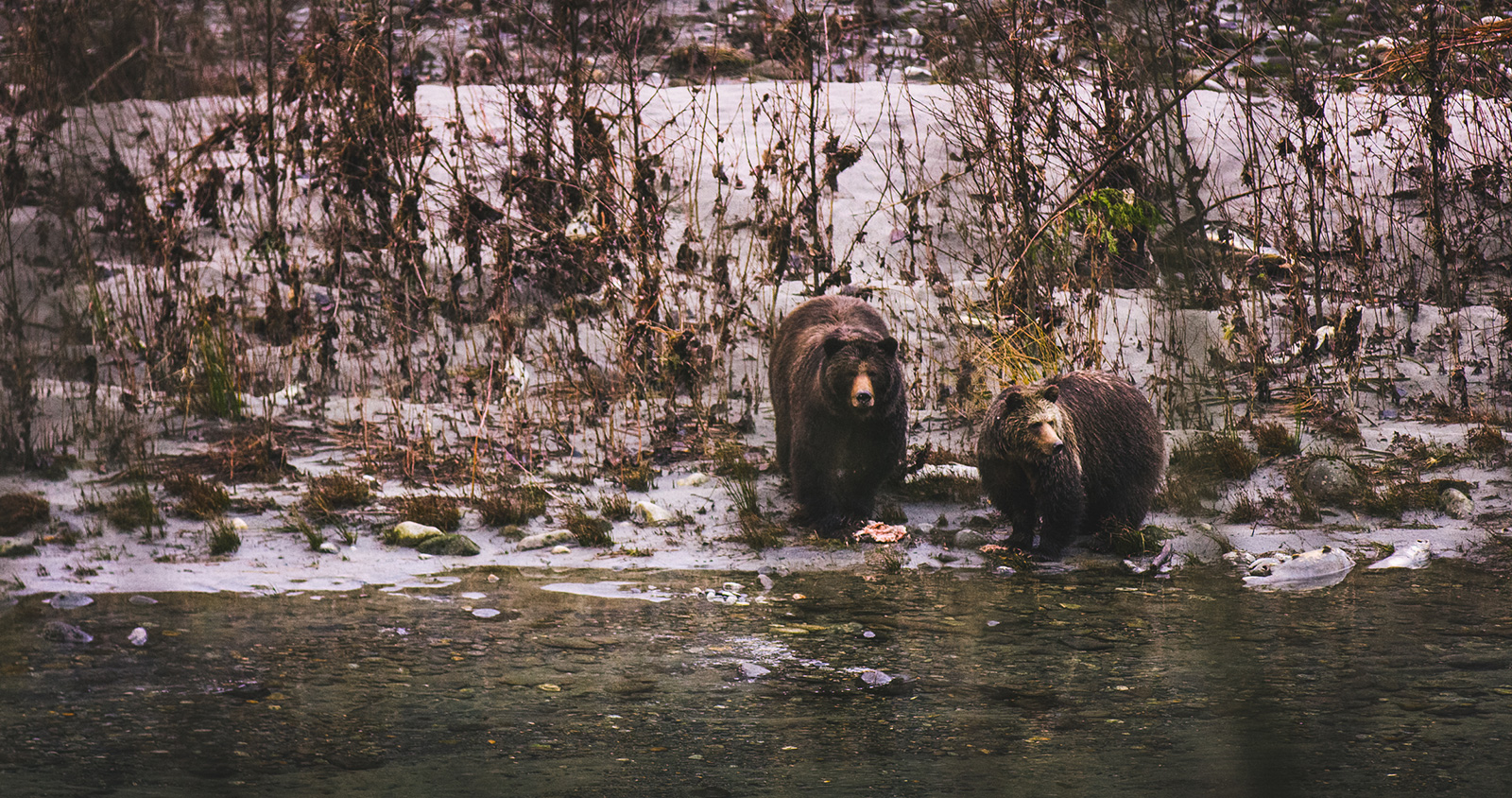 “When I moved to the west coast of Canada, I was terrified of some of the wildlife that I was told roamed the mountains. Bears, cougars and wolves – I wanted nothing to do with them. But, as I grew out of my “city” way of life, I developed a new appreciation for the wildlife that lived in the surrounding landscape.

These animals were no longer mythical creatures that I would see in the pages of national geographic, they were living things that I would learn to interact with. I’ve since had countless black bear encounters, I’ve spooked many bobcats, I’m sure I’ve been studied by lots of cougars that I’ve not seen and I’ve even found myself in the middle of a curious yet very cautious wolf pack.

This year, while exploring this wild place, I stumbled across something I’ve never seen so close to home: a family of three grizzlies feasting on salmon. A few times while filming them they would raise their heads from the fish carcasses and stare right into my eyes. It’s a feeling that I will never forget and it really put into perspective just how lucky I am to live where I do.” 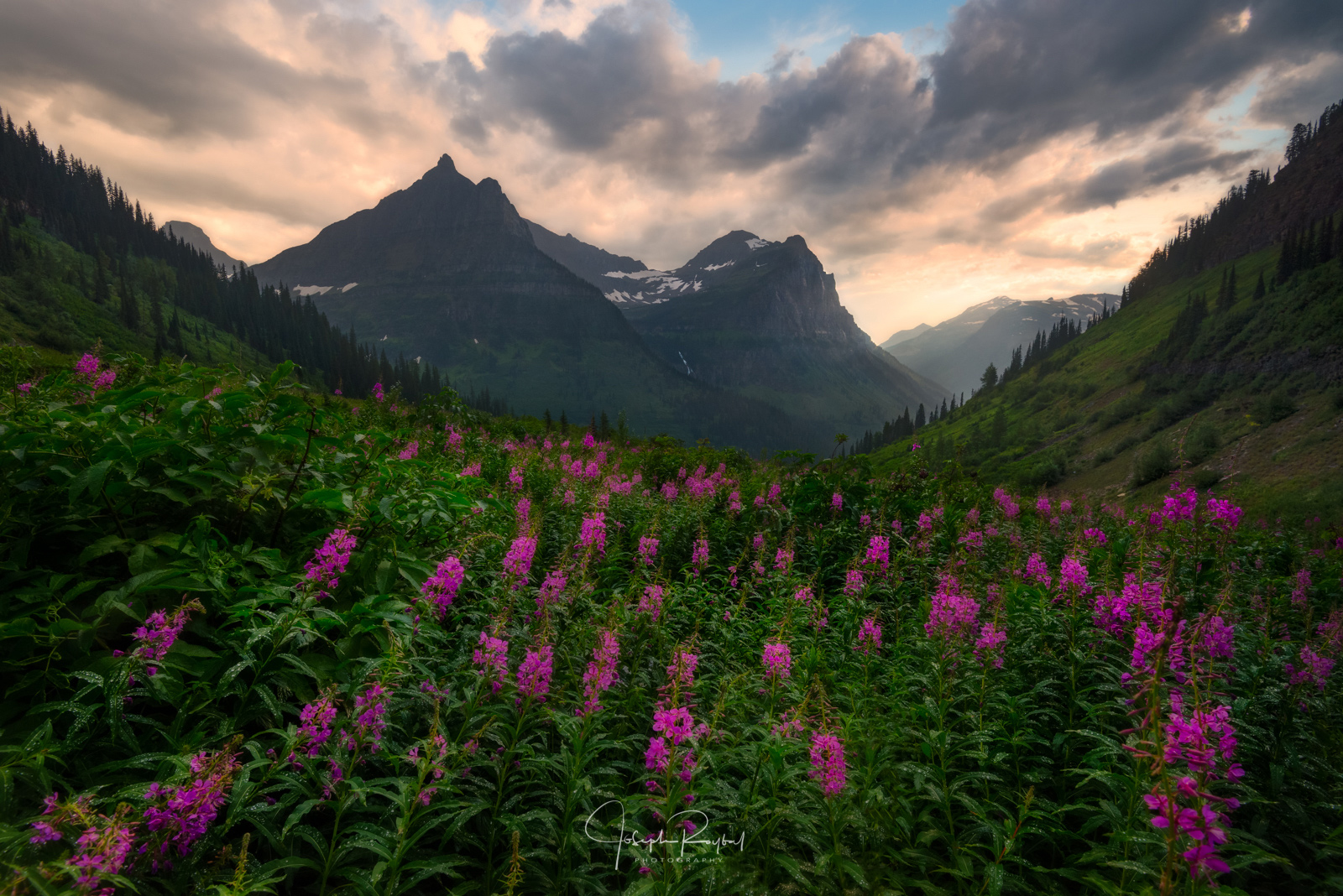 To me, Indulgence is the simple pleasure and joy that comes from being outside and within nature; hiking and running. When I get to combine these two, I am the in my element.

This specific afternoon I was hiking in Glacier National Park and hadn’t had time to put on my rain pants. I knew once I got off trail I was going to get soaked from the waist down as I ran through these flowers. That thought lasted about .2 seconds and I began running and looking for a composition, indulging myself within this field of wildflowers in Glacier National Park.

This was one of the most beautiful scenes I have ever witnessed and the show kept going and going. After getting this shot I simply stood there, soaked and staring at the scene with only the wind and rain droplets making sound.” “Karl and I love to indulge by grabbing the best seat in the house and watching the sunset wherever we are.” 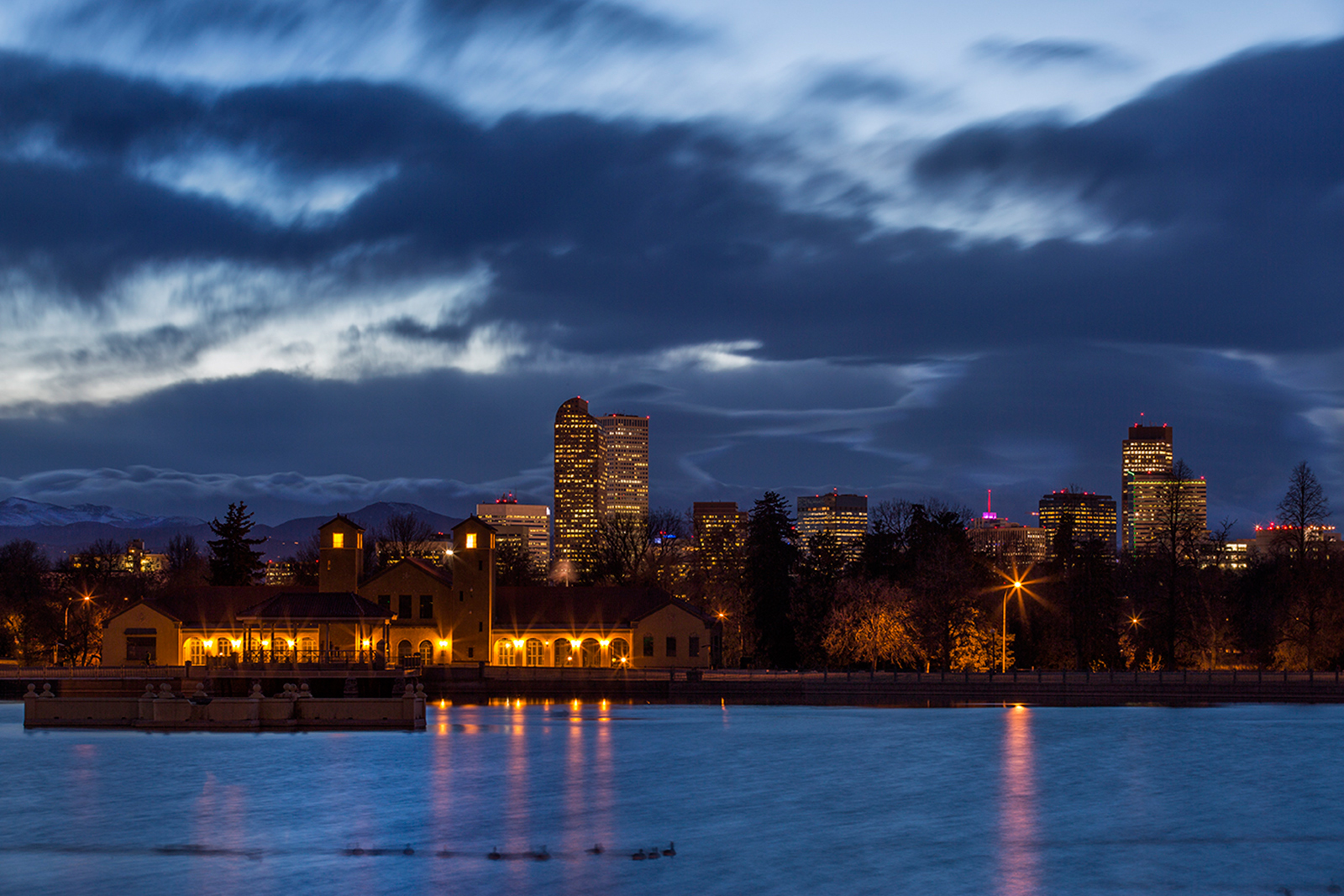 “I think of indulgence a lot differently than most. To me, my work and my job are my ultimate indulgence.  I get to be in the places I want to be working on my craft. Even if it’s not a job that I’m being paid to do, at the moment I am taking a picture I am taking care of every indulgence that I need.  Some would probably say they indulge in food or music or shopping, but not me.

February brought me something that I didn’t exactly expect – an 80 degree day in Denver!  Since most of the six months I’ve lived here have been relatively cool, I haven’t had much time to actually see the city I live in. So, I grabbed my Lowepro Whistler bag and headed out to enjoy the sunset in flip flops and a t-shirt.  Coming from living in Los Angeles, this wasn’t the strangest feeling to me. But, when it’s been cold and dark all winter and mother nature decides to dish out a plate of warm weather I’ll dive right in.” “Indulgence isn’t always associated with food. To me, in a time where no one seems to make time, indulgence is disconnecting, leaving all screens at home, jumping on a plane and going outside your comfort zone to experience something new and brave.” “What’s life without a little indulgence now and then?  I’ve been this guy before (and undoubtedly will be again!) – love love love chocolate chip cookies, LOL!

This image was created on my kitchen table, where cookies and milk are often enjoyed.  There is a large window camera-right providing natural light, and a reflector camera-left for fill. The image was captured in one shot, including the splash of milk, which was captured realtime in the scene.” “A man jumps into the beautiful alpine water of Emigrant Lake in the Sierra Nevada, California.” “Indulgence can be an interesting line. Sometimes it’s meant to be respected, and other times pushed farther just to see where it goes. I made this portrait of my friend Jon on a road trip to the Northeast. After driving up on the backside of a blizzard, we made it into town and were rewarded with fun, overhead waves. Just as the sun was setting, light becoming magic and waves turning on, I see him walking though the shallows back to the truck. As he got closer I saw blood streaming from his cheek, a casualty to seeing how far he could push the line. Luckily, he was alright after 3 stitches and the indulgence of surf worth the consequences.” “I love my uninterrupted late night editing.  It’s my most productive time of the day. Unapologetically, sleeping in is my guilt free indulgence.” 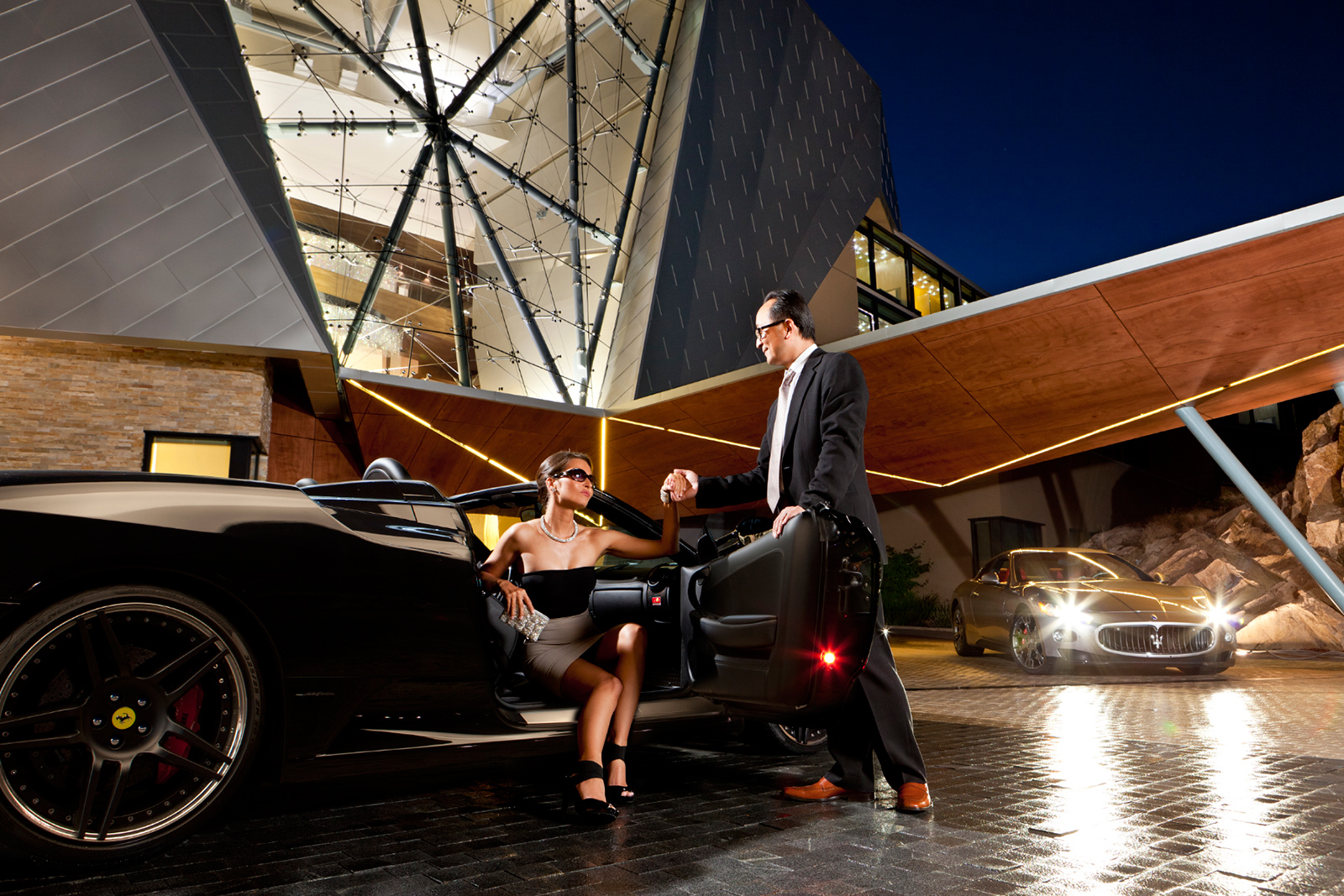 “A few years ago I had the opportunity to capture the photography for Sparkling Hill Resort in Vernon, British Columbia. With 3.5 million Swarovski crystals built into the architecture of the resort and over 40,000 square feet of luxury European-inspired spa amenities (the largest spa in Canada), this beautiful luxury resort is the quintessential definition of the word ‘indulgence’. ” 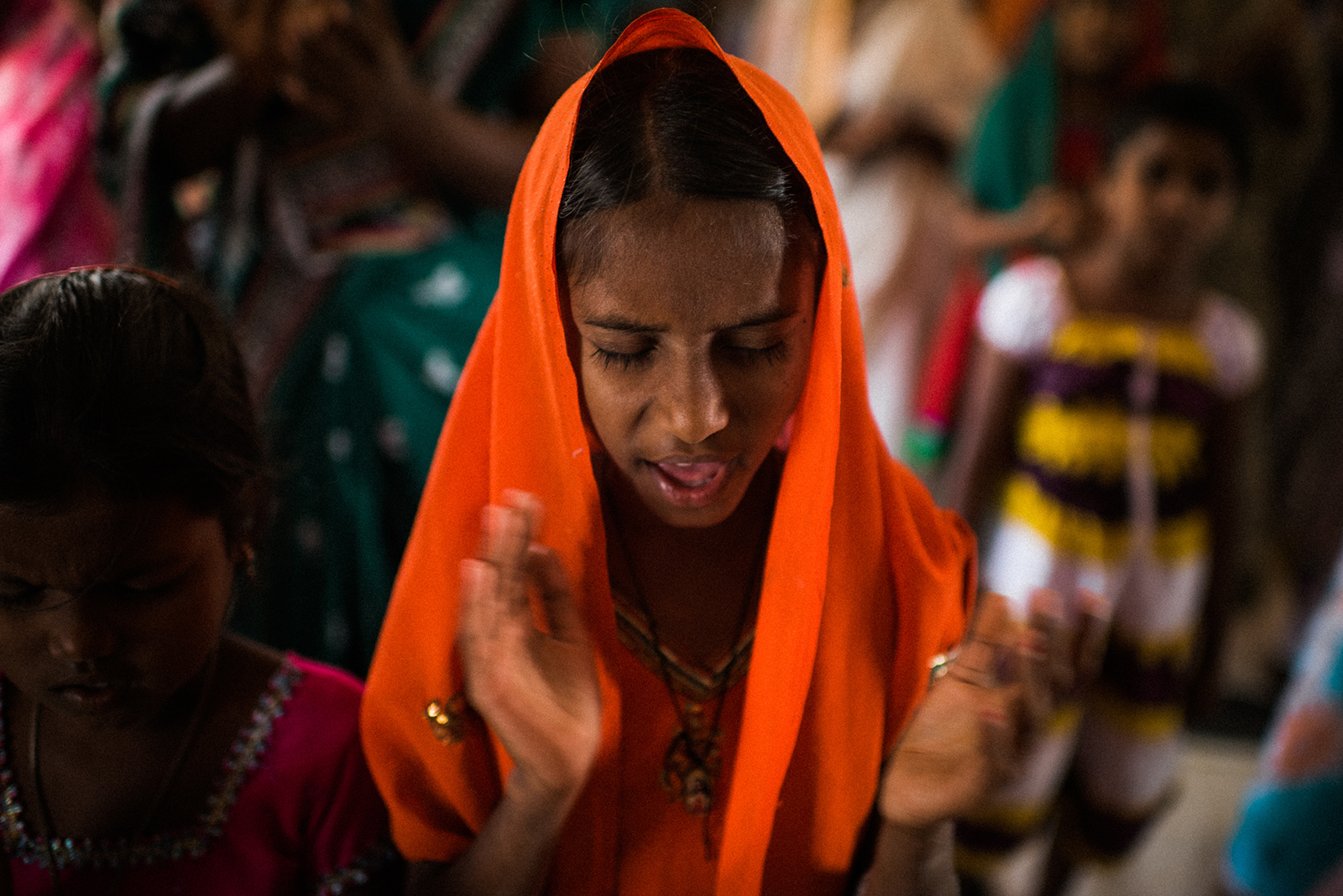 “I could barely find an empty space as I squeezed into a small church in Ongole, India that was filled with all ages as they indulged in the sounds of worship.” “The ultimate indulgence….a bed of roses!!” “Body work is the ultimate indulgence. I feel there is nothing more soothing, healing, and relaxing then the trained touch of a masseuse!

This photo was taken in a Hammam in Morocco, which are similar to Turkish baths. A Hammam is traditionally where locals go weekly for an intense cleaning and exfoliation with clay or mud and then soap. Rituals can vary depending on the length of time, but they usually involve soaking in a pool of hot water to soften the skin, and then the fun starts with a vigorous scrub down from head to toe and a douse of cold water. Followed with a full body massage in a warm comfortable candlelit room is total BLISS!”

Jessica Medina is the WW Marketing Communications Manager for Lowepro. You can reach her at jmedina@daymen.com